This page is for news and pictures and whatever you have. Got an announcement to be made? You can post it here. Contact me, Heidi Dyck.

SUPER TRUCK RACING SERIES
"Can't Touch This" February in Canada means snow and all those great activities that go with snow, especially for Westerners that are close enough to enjoy The C…

SUPER TRUCK RACING SERIES
"Can't Touch This" The Canadian Prairies are littered with small communities where hard working people mold their careers, their families and their recreational…

SUPER TRUCK RACING SERIES
"Can't Touch This" With racing in full swing around Canada and throughout most of the states south of the 49th parallel, the Canadian Super Truck Series is about…

Race #2 was an awesome show that lived up to its expectations. With returning retired vet Danny Saunders piloting the #43 truck for Terry Kovacs and showing the other teams how its done. The r…

What a night at EIR on Saturday, our Super Trucks were fast and flying!... was a great night for the Vintage Racing two team trucks, #14 Ron Larsson took heat 1, #18 Ron Elder Jr. took heat tw… 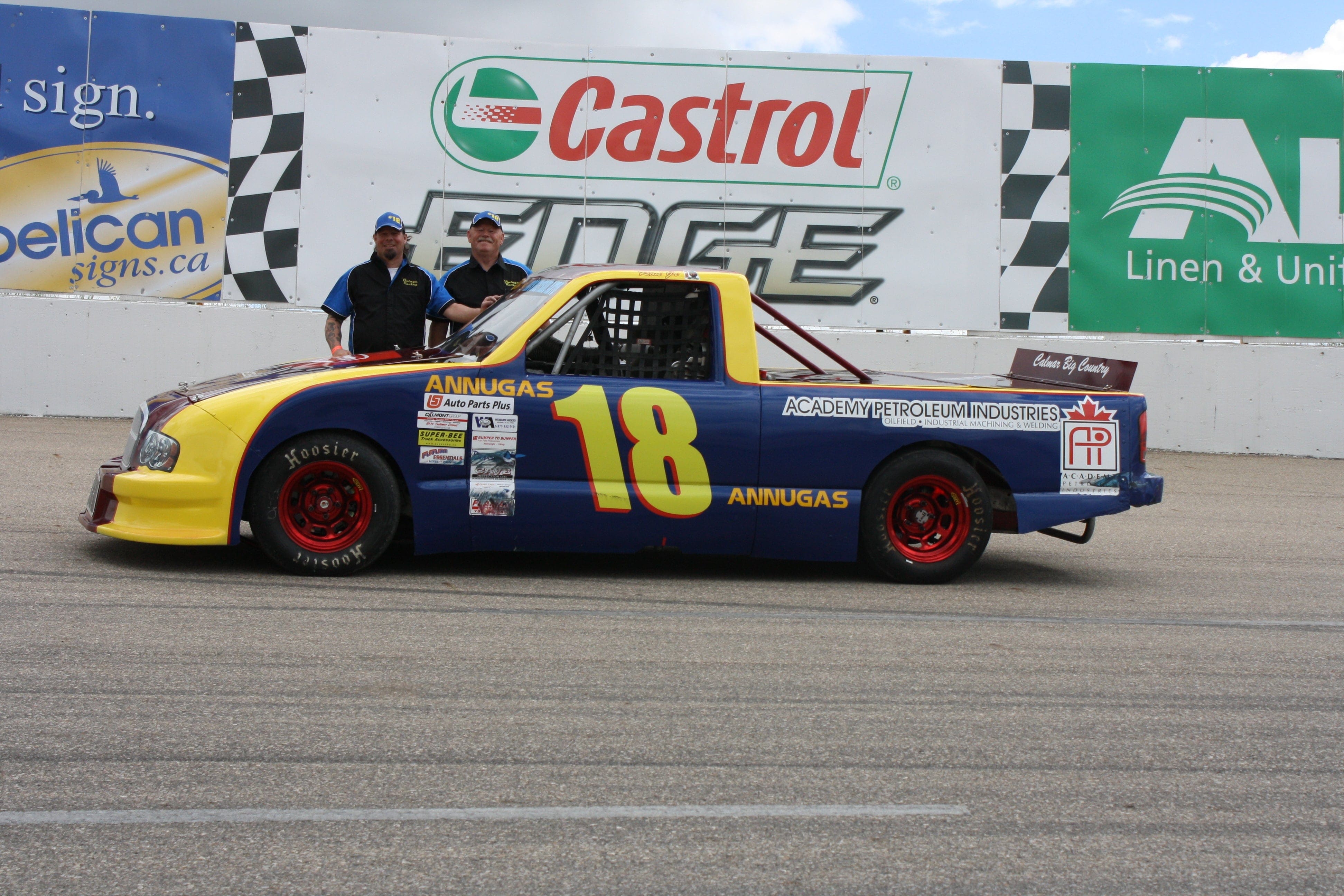 Ron Jr. won the rookie driver award for the 2014 season in the Nascar Modified Class

Ron Jr. is also a founding member of the Super Truck Series racing in the seres since 1996

Vintage Racing, driver and members can be found on Facebook.