The Canadian Prairies are littered with small communities where hard working people mold their careers, their families and their recreational times. The small community of Kitscoty, Alberta with a population of 900 people is no exception. Kitscoty is located just west of Lloydminster and approximately 225 km east of Edmonton along highway #16. Farming and oil production are the major industries in the region and the landscape is ripe for hunting, fishing, hockey and motorsports of any type. Boating, snowmobiling, off-road motorcycling and four-wheeling make up the majority of outdoor activities but there is one other motorsports 'gem' nestled just north of town.

Dean Braham (aka Caveman) took to stock car racing in 2010 after many successful years of top ranked Trap Shooting throughout Canada and the United States. Braham was also a member of the Prince Albert Raiders of the Western Hockey League when they won the prestigious Memorial Cup in 1985. This talented team included tough players such as Ken Baumgartner and Dave Manson, whom Braham fondly remembers playing with. Braham explains that the 'team experience' helped him to develop his successful NDT (non-destructive testing) company affectionately known as Cave Inspections, the major sponsor on his brand new #44 Chevrolet Super Truck. Secondary sponsorship on this beautiful black and red short box Chevrolet is provided by Ye Old Bank, an antique and collectables business in downtown Kitscoty.

Braham's Kitscoty acreage is the permanent home to three of the 20 teams competing in the Super Truck Racing Series. Braham's teammates includes Dusty O'Connell, a relative newcomer to the series who is entering his second full season in 2013 driving the #76 Heating Solutions Chevrolet and Doug Fisher of Lloydminster who wheels the #99 BigBore Chevrolet. Braham's truck is ready and he is very eager to get to the season opener at Auto Clearing Speedway in Saskatoon on June 1st. As seen in the photos below, the Michael Waltrip Racing/Clint Boyer 5 Hour Energy "Clone" of Braham's is looking for action! This truck has been in production for a couple of years and saw the pavement for the first time in the 2012 season finale in Saskatoon. This truck is the product of many hours of meticulous work and it showed when Braham started turning in 15.01 second laps right off the trailer! The Auto Clearing Speedway track record for the Super Trucks was set at a torrent pace of 14.94 seconds by Jamie McClennon in his #33 Chevrolet in 2011.

The Kitscoty race shop is not only a home to these three teams but it doubles as a temporary sanctuary for off season rebuilds for other series competitors. Gary Miller just picked up his #79 Denwood Motors Chevrolet after a complete overhaul and chassis set-up. Ed Irvine of Marwayne Alberta, also a rookie to the Super Trucks, will soon be trailering his #48 to the outskirts of Kitscoty in preparation for the 2013 season. Other competitors planning to make a pit stop at this busy shop are Jamie McClennon in his #33 and Grant Mills in his #8 Bumper to Bumper Ford F-150.

With the season fast approaching (as long as it's not snowing yet!), the Kitscoty shop will be a hub of activity... meaning there are NO secrets among these competitors! The Super Truck Racing Series has been successful on a 'thin rule book' and integrity between competitors and Braham's shop is a great example of this.

Dusty O'Connell and his brother 'Bill' are responsible for the lion's share of the work on fellow competitor vehicles when they arrive. Dusty has an extensive resume in stock car racing dating back to his days as the crew chief for Darryl and Carl Harr of St. Albert when they raced the Canadian Tire NASCAR series. Dusty's attention to detail and knowledge of chassis set-ups has drawn the attention of Richard Childress of Welcome, North Carolina and Dusty has taken on the role of crew chief for selected NASCAR events where Childress is working with developmental drivers. His first event for 2013 is the first weekend in May in California.

We know two things for sure at this point of the year: #1 is that five races into the NASCAR season and "all is well with JR. Nation" and #2 is that the 2013 Super Truck Racing Series season is shaping up to be one of the best in the past few years! 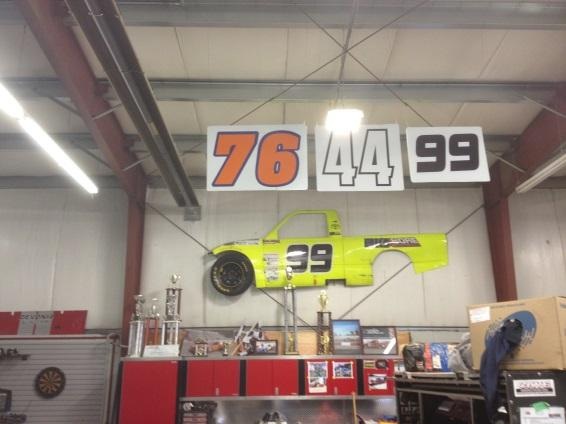 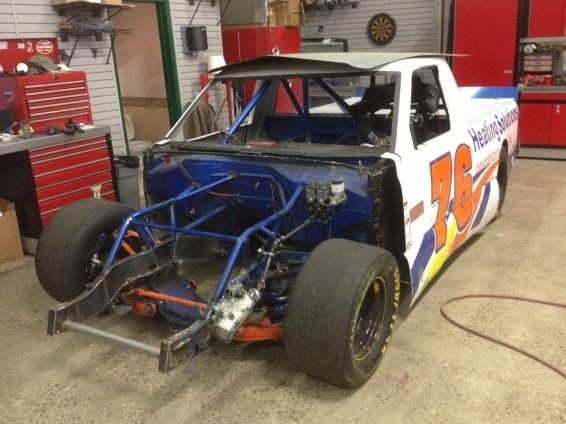 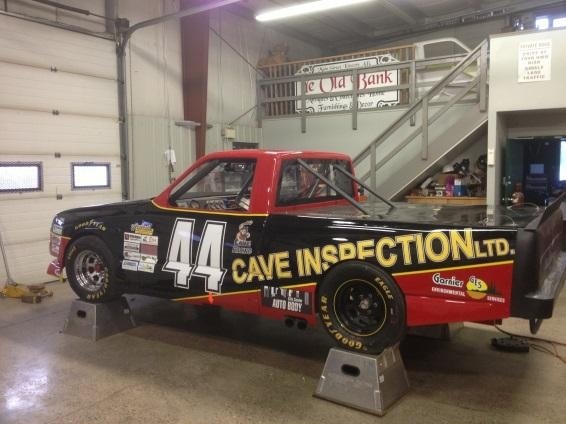 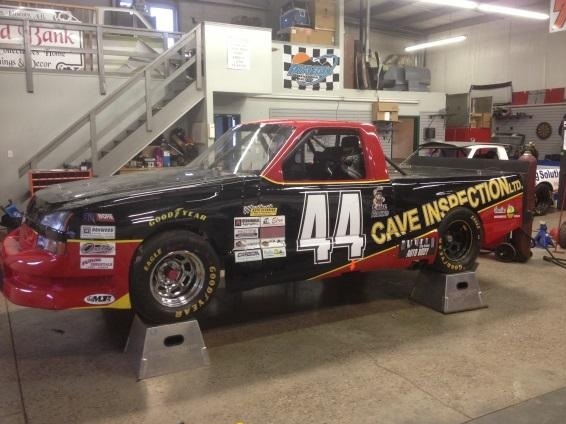